In 2018, more than $4.4 billion dollars was paid to patients who were seriously injured or killed by preventable medical errors. 96.5% of that amount was paid as a result of settlements.

We will evaluate your case for free. Contact our Upstate New York medical malpractice attorneys today at our offices in Albany, Syracuse, and Rochester by phone or through our online form.

No one goes to the hospital expecting to become sicker than they were when they entered. However, for thousands of patients in New York and throughout the country, hospital-acquired infections (HAIs) extend their stay and make their recovery considerably more difficult.

Federal officials are cracking down on those hospitals that put their patients at risk of HAIs – and expose themselves to liability in hospital malpractice lawsuits – by withholding portions of their Medicare payments until they can clean up the situation.

According to Kaiser Health News, those penalized amount to about a quarter of the nation’s hospitals. They will lose 1 percent of every Medicare payment for one year beginning in October. Eight of those hospitals are located in New York State.

In April, federal officials outlined the hospitals they expect to be penalized. The list is tentative, but following preliminary analysis, the eight facilities from New York State are:

The penalties are part of the “third leg” of Medicare’s pay-for-performance programs, which are designed to reward those hospitals that do well in terms of patient safety and penalize those that do not.

The Hospital-Acquired Condition (HAC) Reduction Program began by penalizing those facilities that had high readmission rates. Then, bonuses and penalties were assigned based on 24 quality measures. Both of these programs are in their second year. When the new penalties are added, some hospitals could be at risk of losing more than five percent of their total Medicare payments.

The Problem with Hospital-Acquired Infections

The number of HAIs across the nation is dropping. But they are not falling fast enough to meet standards set by the government. Furthermore, antibiotic-resistant strains of HAIs are simply hard to fight.

In 2012, an estimated one in eight hospital patients suffered a preventable complication—many of them HAIs. The Centers for Disease Control and Prevention estimates that one in 25 patients suffers from an HAI on any given day. These infections and related complications cost the healthcare industry billions and cost many patients their lives.

Many of the hospitals listed on the tentative Medicare penalty roster say they are being singled out not because they are dangerous for patient treatment but because they are doing more to identify and root out the problems that exist, according to Kaiser.

Teaching hospitals account for a disproportionate number of those marked for penalties. Fifty-four percent of these hospitals have been identified. But these are some of the largest and most elite facilities, and their supporters say they are listed because they have looked harder to identify and actually prevent HAIs.

On the other hand, any measure that is aimed at increasing patient safety should be applauded. When patients are at risk of dying from infections they acquired when they were supposed to be getting well, accountability is a must.

Children in hospitals are particularly vulnerable to medication errors, mainly because of outdated methods for administering drugs, according to a seminal study by the Boston Children’s Hospital.

The seminal study, published in the Journal of the American Medical Association, examined 10,778 medication orders made in the pediatric wards of two hospitals where doctors treated a diverse socioeconomic mix of patients.

The study found that compared to previous studies in adult settings, medication errors were more common in pediatric settings. Of the 616 errors found, 79 percent of them occurred during drug ordering or involved incorrect dosing and intravenous medication. Medication errors by an anesthesiologist or other doctor or nurse are generally preventable errors and may be grounds for a medical malpractice claim.

Not surprisingly, the study found that children were more vulnerable than adults to errors because their dosage calculations were significantly more complex. Children often require dosages based on their weight that must be diluted from stock medication. Each additional step opens the door to risk. Children are also physically less capable of tolerating medication errors. Typically, they don’t question medications.

In fact, error rates in the study were highest for those most sensitive to medication and least able to communicate, such as infant patients in the neonatal intensive care unit.

To prevent medication errors, the study recommends standardizing communication in one of two ways, both of which provide safety checks and balances: computerization of orders and the presence of a full-time pharmacist dedicated to the ward.

Today, many prescriptions are entered electronically to prevent transcription errors that can occur if a doctor’s handwriting is illegible. One study found that errors were reduced by 55 percent for adults in another hospital with a computerized drug order system.

A full-time pharmacist dedicated to pediatric patients offers a safety net similar to a computerized system. They can help inform other hospital staff about potential problems before medication requests are made. They can also not only monitor drug fulfillment closely but dispensing and storage as well. Another study found that having a dedicated pharmacist in an adult setting reduced errors 66 percent.

Researchers at Boston’s Children Hospital noted that identifying problems with drug ordering requires both cooperation from staff and the political will to make changes. An atmosphere of suspicion makes it difficult for staff to acknowledge the existence of a problem. Such cultural problems continue in many hospitals.

Older patients and the parents of younger patients – especially infants incapable of protecting themselves – should be aware of these situations and understand they can seek representation with a law firm specializing in medical malpractice cases if preventable hospital errors lead to an adverse drug reaction.

Families harmed by medication errors in a hospital setting should understand their legal options by talking with a medical malpractice attorney.

What Are the Elements of a Medical Malpractice Case?

To win a medical malpractice lawsuit, you must generally prove:

We also review relevant medical literature to determine the appropriate standard of care when the injury occurred. We retain the best and most appropriate independent medical experts available to review your file and to provide us with an objective assessment of your case.

Then, we can tell you whether you have a claim.

Please note: We never charge a fee for determining whether your case has merit.

At Powers & Santola, we handle all types of medical malpractice cases, including: 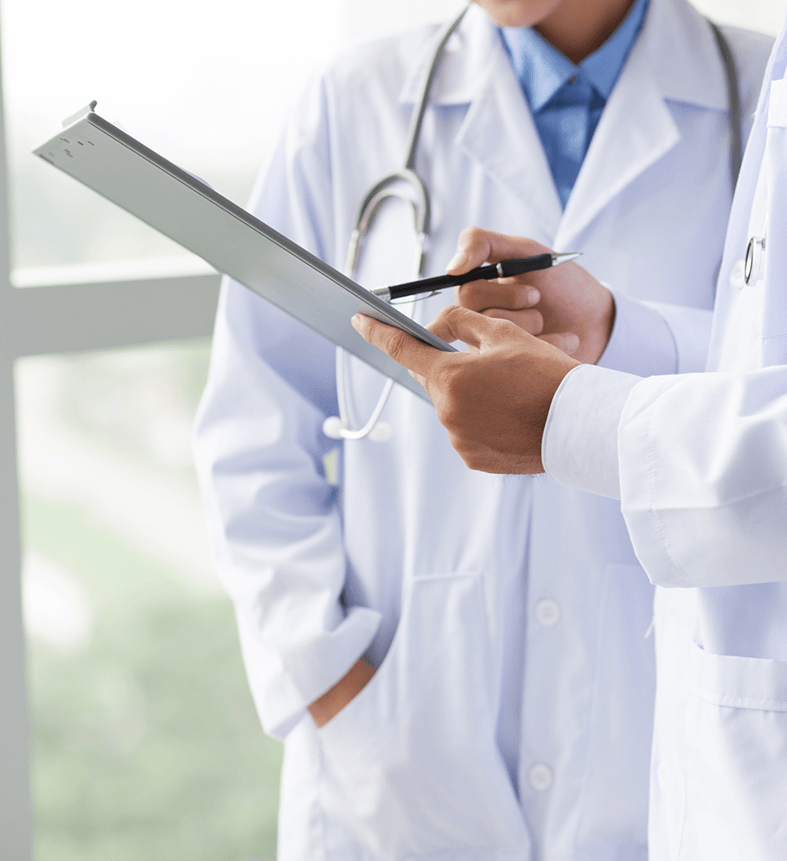 To discuss how we may assist you, contact us today by phone or online to schedule a free initial consultation. A medical malpractice lawyer is ready to help you.