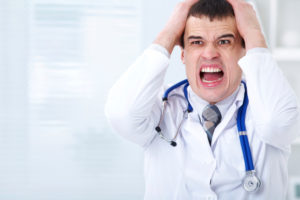 Roughly one in four adults who participated in a recent Harvard School of Public Health survey said they had been personally impacted by medical errors.

“But calls for public action remained clouded by a great deal of public uncertainty” about a variety of matters, the researchers found.

For instance, the survey revealed that many people do not even know what a “medical error” is or how they can report a problem.

This indicates a need for getting more information out to the public about the seriousness of medical errors and hospital negligence.

After all, the more people understand the issue, the more likely they will be to support reforms that improve patient safety and quality of care. They may also be more likely to reject reforms such as medical malpractice caps, which have been shown to do little to help patients and lower medical costs.

The Betsy Lehman Center for Patient Safety and Medical Error Reduction commissioned the telephone survey of 1,224 Massachusetts adults. The survey took place in September 2014. The Harvard School of Public Health published the results earlier this year. In the survey, 23 percent of respondents said they had been “personally involved” in a medical error within the past five years, meaning either they or someone close to them had been the victim of a medical error.

Out of that group, half (13 percent of the total respondents) reported that the error had “serious health consequences.” The overwhelming majority of medical mistakes (75 percent) occurred in hospitals.

More than half of the respondents identified misdiagnosis as the medical error they had encountered. However, there was a wide range of other mistakes reported in the survey.

A revealing survey result: More than half of the respondents said they believed individual doctors or nurses were responsible for the error and not the institution (hospital or clinic).

Uncertainty About How to Respond to Medical Errors

After a medical error occurs, what do you do next? In this survey, only 54 percent of those who were personally involved in a medical error said they reported it to the individual medical professional, hospital or clinic or to an outside party such as a government agency or medical board.

It is interesting to know why respondents reported the error and why they did not. Additionally, 57 percent said they did not know what “medical error” meant until it was explained to them as being “mistakes” that “sometimes result in no harm” or “result in additional or prolonged treatment, disability or death.”

These results show that people want to report medical malpractice in order to protect others. If they had more information about how to report it – and knew more about the positive changes that can result from reporting it – they may be more willing to do so. For instance, 94 percent said that the public should be able to find out about the number and types of medical errors made by doctors and hospitals. It should be stressed to the public that this information won’t be available to them unless they take action and report errors.

In New York State, visit the Department of Health website to view a list of phone numbers you can use to report complaints about medical care, including the Office of Professional Medical Conduct.

Getting Legal Help Is Important

If you believe that you or a loved one has been harmed by a medical error, the lawyers of Powers & Santola, LLP, can review your situation. We can help you to report the error so you can play your role in protecting others.

We can also protect your rights and seek the compensation you deserve for your losses. Simply call or reach us online today to learn more.